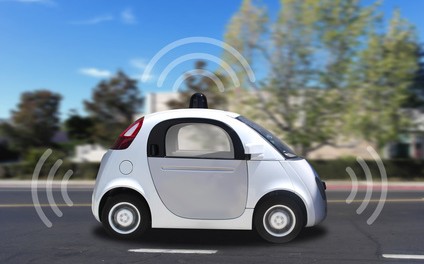 The government has today (19 July 2015) launched a £20 million competitive fund for collaborative research and development into driverless vehicles, along with a code of practice for testing.

The measures announced by Business Secretary Sajid Javid and Transport Minister Andrew Jones will put the UK at the forefront of the intelligent mobility market, expected to be worth £900 billion by 2025.

To boost productivity Britain will need to capitalise on new technologies like driverless vehicles, securing high skilled jobs for those who want to work hard and get on, and contributing to a more prosperous future for the whole of the country.

Our world beating automotive industry, strengths in innovation and light touch regulatory approach to testing driverless technology combine to make the UK market competitive and an attractive destination for investors.

Driverless cars will bring great benefits to our society and economy and I want the UK to lead the way in developing this exciting technology. Our code of practice clearly shows that the UK is in the best position when it comes to testing driverless cars and embracing the motoring of the future. We now look forward to working with industry to make this a reality.

A decade ago Britain’s car industry was in decline, but it is now the most productive amongst the major European producers. New technology can help it improve its productivity and competitiveness in the future.

The government wants bidders to put forward proposals in areas such as safety, reliability, how vehicles can communicate with each other and the environment around them and how driverless vehicles can help give an ageing population greater independence. Successful bidders will match fund projects with their own money.

The code of practice provides industry with the framework they need to safely trial cars in real-life scenarios, and to create more sophisticated versions of the models that already exist.

The Department for Transport and Department for Business, Innovation and Skills (BIS) have established the new joint policy unit, the Centre for Connected and Autonomous Vehicles (C-CAV), which will co-ordinate government policy on driverless cars and connected technology. C-CAV is currently working on a range of new technological developments, including plans to test new roadside communication technology to improve traffic flow and safety through ‘connected corridors’. This would pilot technology that will provide drivers with useful journey and safety information.

The £20 million competition announced today is part of the £100 million for research into intelligent mobility announced by the Chancellor in the Spring 2015 Budget.