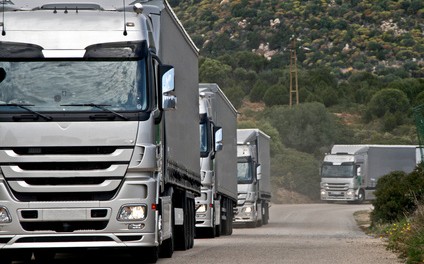 On the 17th December 2015, the Government announced plans to improve air quality in cities whilst minimising the impact on business. Find out more here: https://www.gov.uk/government/collections/air-quality-plan-for-nitrogen-dioxide-no2-in-uk-2015

Clean Air Zones are due to be introduced in Birmingham, Leeds, Nottingham, Derby and Southampton by 2020.

The CAZ will not affect private car owners, however it will see the most polluting vehicles, like old busses, taxis, coaches and lorries, discouraged from entering the zone through charges.

Birmingham and Leeds will also discourage the most polluting diesel vans and implement other measures which may include park and ride schemes, signage, changes in road layouts and provision of infrastructure for alternative fuels.

What Will the Zones Do?

These Zones will reduce the pollution in city centres and encourage the replacement of old, polluting vehicles with modern, cleaner vehicles. Similar zones in Germany and Denmark have been shown to lead to an improvement in air quality.

What these Plans Set Out

The plans set out a widespread approach, this is done by introducing targeted local measures to tackle the most polluting vehicles in a small number of air quality hotspots, alongside national action.

Under these government plans, no private cars will be targeted and charged in these cities and newer vehicles that meet the latest emission standards will not need to pay.

These plans will be introduced by 2020, giving businesses time to prepare for the change in order to minimise the impact.

Following scoping studies, which the Government will provide funding for, Councils will consult on the details on these Zones. Local authorities will only be able to set charges at levels designed to reduce pollution, not to raise additional revenue beyond recovering the costs of the scheme

What Does This Mean for Companies?

Many companies have already started to update their fleets to modern, cleaner vehicles.

For instance, by 2017 British Gas will have replaced at least 10% of their commercial fleet with electric vehicles, this will reduce emissions compared to their old diesel vans. The new electric vans also represent a saving over their diesel counterpart. In London the cost savings could be as high as 20%, with other locations saving between 6-10%.

The Environment Agency, winner of Green Fleet of the Year 2015, has committed to increase the number of ultra-low emission vehicles to more than 100 by the end of 2015.

Another example of businesses modernising their fleet is Reading Buses – 38% of their fleet are ‘ultra-clean’ drastically reducing their emissions. Drivers are also given advice on fuel efficient eco-driving techniques.

The Past, Present and Future

Air quality across a range of pollutants has vastly improved over recent decades; according to GOV.UK, between 2005 and 2013 emissions of nitrogen oxides have fallen by 38% and particulate matter has reduced by more than 16%. Over the past five years the Government has committed over £2 billion to help bus operators upgrade their fleets, reduce pollution from a range of vehicles such as refuse trucks and fire engines through cutting edge technologies, and promote the development of clean alternative fuels such as powering taxies with Liquid Petroleum Gas in Birmingham.

In London the Mayor has a well-developed strategy for improving air quality by 2025, this will include the implementation of an ultra-low emission zone by 2020, retro-fitting of buses and licensing new taxis to be zero emission capable from 2018.