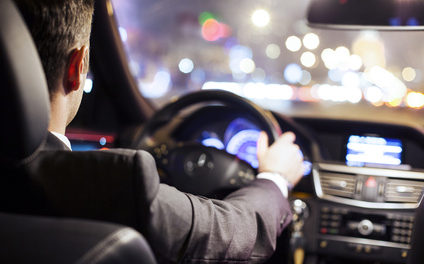 The Driver and Vehicle Standards Agency (DVSA) has confirmed that as from Monday 4th December 2017, there will be multiple changes to the driving test in England, Scotland and Wales. These will include an increase of independent driving time, using a satnav, changes to reversing manoeuvres and answering vehicle safety questions.

Presently, in the independent driving time candidates have to drive without turn-by-turn directions from the driving examiner for 10 minutes.

In December, these ten minutes will be increasing to 20, which is approximately half the test time.

Over half of car drivers own a satnav, so it makes sense for the DVSA to want drivers to be trained how to use them safely.

When completing the independent driving task, candidates be expected to follow directions from a satnav.

The candidate will not have to set up the satnav as their instructor will provide it and do this for them; the candidate is only expected to follow directions given. The satnav the examiner will use is the TomTom Start 52, although it doesn’t matter what make or model they practise with.

If the candidate is unsure on where they’re going they can ask their examiner to confirm. Even if they go the wrong way, it won’t matter unless they make a fault whilst doing so.

Not every candidate will be required to follow directions from a satnav; 1 in 5 will have to follow road signs.

Currently, candidates are tested on the ‘reversing around a corner’ and ‘turn-in-the-road’ manoeuvres. These will no longer be tested in the driving test, however they still must be taught by the driving instructor.

Instead of these manoeuvres being tested, candidates will be tested on one of the 3 reversing manoeuvres listed below:

Candidates will be asked two ‘show me, tell me’ questions relating to vehicle safety whilst driving.

The ‘tell me’ question will be asked before you start driving, for this the candidate will have to explain how they’d carry out a safety task.

The ‘show me’ question will be asked whilst driving, for this the candidate has to show how they’d carry out a safety task. For example, showing how to use the windscreen wipers with the car controls and wipers.

Why are these changes being made?

DVSA has made these changes as they want to reduce the number of road collision deaths. According to gov.uk, for those aged between 15-19 road collisions are the biggest killer – they account for over a quarter of all deaths of those in this age section.

Also, according to gov.uk “research has shown that new drivers find independent driving training valuable – they can relate it to driving once they’ve passed their test”.

Will the cost, pass mark and length change?

Cost – The cost for the driving test will not change. If you book your test through gov.uk, it costs £62 on a weekday and £75 on evenings, weekends, and bank holidays.

Pass mark – The test will be marked in the same way, as well as the pass mark. To pass the test, the candidate must make no more than 15 driving faults and no serious or dangerous faults.

Length of test – This will also stay the same, which is around 40 minutes.