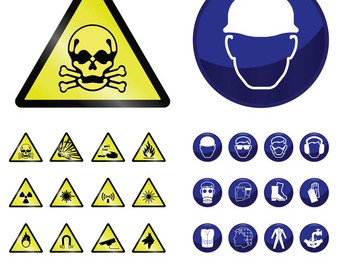 Amendments have been made to The Natural Environment and Rural Communities Act 2006 and the following five sets of regulations to make minor corrections and clarify existing regulations:

Regulation 4 applies to Norther Ireland. All other regulations apply to Great Britain.

Regulation 3 amends the Natural Environment and Rural Communities Act 2006 (NERC), which addresses several issues related to the natural environment, and implements key aspects of the Government’s Rural Strategy (2004). Section 43 of the Act confirms that a person is guilty of an offense if they have certain chemicals in their possession which the Secretary of State had identified as harmful to wildlife. It also amends a discrepancy made when the Plant Protection Products Regulations 2011 were implemented, wherein they didn’t refer to Regulation (EC) no1107/2009 of the European Parliament and of the Council.

Regulation 4 amends the Offshore Installations (Safety Zones) Regulations 1987 which only applies to Northern Ireland and supports its transposition of Directive 2013/30/EU on safety of offshore oil and gas operations and amending Directive 2004/35/EC. This is due to the implementation of Article 6(7)(G) of the directive, which introduced that the list of circumstances in which a vessel can enter and / or remain in a safety zone should include consent of the duty holder.

Regulation 5 amendments concern RIDDOR (Reporting of Injuries, Diseases and Dangerous Occurrences Regulations 2013), which requires anyone in charge of a work premises to report certain serious accidents, diseases and dangerous occurrences. In some cases, one incident may require further reports under the Offshore Installations and Wells (Design and Construction etc.) Regulations 1996 (SI1996/913) and the EU Reporting Regulation (EU) No1112/2014. In 2015, an amendment specified that offshore incidents which require reporting under more than one of these regulations could be submitted in just one report but did not extend to a small number of incidents. Regulation 5 resolves this and aligns offshore incident reporting requirements.

Regulation 6 amends the COMAH Regulations 2015 (Control of Major Accident Hazards), which identifies the rules regarding sites which produce, store or use certain dangerous substances and how they should prevent major accidents. The definition of “storage” has been substituted, an unnecessary definition of “pipelines” has been removed and an error has been corrected in the definition of ‘the Directive”: all amendments made by Regulation 6(2).

Regulation 7 concerns Offshore Installations (Offshore Safety Directive) (Safety Case etc.) Regulations 2015, which applies to oil and gas operations in UK territory waters (this includes designates areas of the UK Continental Shelf). As the regulations state that notifications are required for installations that are involved in combined operations, Regulation 7 provides clarity on the definition of “combined operations” by stating that installations that have not commenced drilling or extracting petroleum are excluded from the notification requirements.

Regulation 8 regards the DGHAR Regulations 2016 (Dangerous Goods in Harbour Areas Regulations), which provide a series of safeguards, measures and safety provisions to prevent serious accidents occurring when dangerous goods are being passed from ship to shore and through ports. The amendments correct a technical drafting error and clarifies the intention to apply the Regulations to territorial seas that are adjacent to Great Britain, as well as harbour areas within Great Britain.

There is no specific guidance or publicity required for these amendments, and no impact to the public sector, business, charities or voluntary organisations. The amendments have no impacts on small businesses, however the legislation does apply to activities carried out by small businesses.

Further information on these amendments can be sought from HSE.

For more information on managing Health & Safety, risk management and how OHSAS 18001 can aid your organisation, contact us.