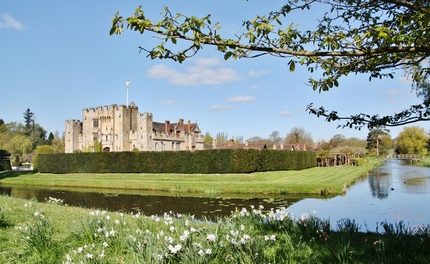 The Countryside Stewardship Woodland Creation Grant is a scheme that supports farmers, foresters and landowners to look after their land and the environment. Under this Grant, landowners can apply for up to £6,800 per hectare to plant and protect more trees from 2nd January 2018.

Woodlands bring many benefits to landowners, wildlife, the environment and everyone else; they enable shelter for wildlife such as foxes, badgers, birds and squirrels. Trusts like Essex Wildlife continuously buy land for this purpose. In fact, Essex Wildlife Trust are currently trying to purchase land at Wrabness. Landowners can do something similar but on a smaller scale.

Woodlands also improve water quality and offer a source of income to their landowners and can bring financial development to rural areas.

Successful applicants of the Countryside Stewardship Woodland Creation Grant will receive a two-year capital grant as well as a chance to apply for yearly upkeep payments for ten years.

Forest Services Director for the Forestry Commission, Richard Greenhous, has stated “By investing in tree planting now, landowners can both benefit financially and help to secure a brighter future for our environment.”

In September 2017 guidance and application forms were released so that potential applicants have more time to go into detail with their plans. Also, a number of improvements have been made this year in order to make it easier to apply. Richard Greenhous also stated that he “would encourage landowners to talk to their local Woodland Officer and start planning now before the scheme opens for applications to be submitted in January.”

A new team of specialised woodland creation officers were appointed by the Forestry Commission so that they can support landowners through the application process for large scale projects.

For more information, please see the sources listed below: