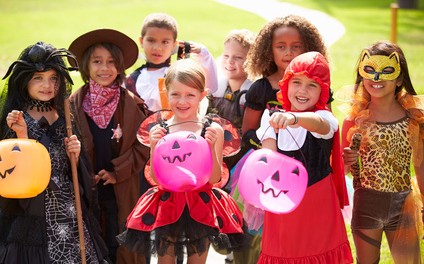 On the 24th September 2015 a Business Secretary, Sajid Javid, asked for a national investigation into the safety of children’s fancy dress costumes.

Inspectors from Trading Standards will perform spot checks on hundreds of retailers up and down the United Kingdom selling fancy dress costumes. The costumes will undergo flammability testing to assess whether they are safe for sale and compliant with safety standards.

This news has come about after Claudia Winkleman, a TV Presenter, raised her apprehensions about the safety of fancy dress attire when her daughter suffered serious burns when her costume caught fire.

The tests could be much needed as it is coming up to Halloween, in which more or less every child will be out in fancy dress. This will give parents more piece of mind as all costumes would have been checked by and must abide by the safety standards.

Trading Standards is set to report back to the Business Secretary on its findings later in the autumn.

As an added move, the Department for Business, Innovation and Skills is working with the British Standards Institute to judge whether European safety standards in this area need to be toughened-up.

The findings from the Trading Standards investigation will form a significant evidence base for this work.

The government is also supporting National Burn Awareness day on 21 October, a national fire safety campaign led by the Children’s Burns Trust, to raise awareness on the dangers of fire.

We here at Assent can help you in a couple of ways too! We can help you gain the ISO 9001:2015 and/or the OHSAS 18001. These are Internationally Recognised Standards in which will prove your Quality Management (ISO 9001) and Occupational Health and Safety Management System (OHSAS 18001).

Find all information, PLUS, comments from Chief Executive at the Chartered Trading Standards Institute (CTSI), and comments from the Business Secretary below: