Pokemon Go wants to catch (almost) all your app permissions

Let’s be honest, players of Pokemon Go aren’t going to care a Joltik or a Flabébé about the app permissions required to roam their neighbourhoods garnering the disproving glances of seniors as they fling invisible poke balls at the rose bushes.

A new commercial data pact between the European Union and the United States entered into force on Tuesday, ending months of uncertainty over cross-border data flows, and companies such as Google (GOOGL.O), Facebook (FB.O) and Microsoft (MSFT.O) can sign up from Aug. 1.

A senior executive of Alphabet Inc’s (GOOGL.O) Google unit said on Monday that the company was notifying customers of 4,000 state-sponsored cyber attacks per month.

A London borough council has been fined after a road worker suffered a serious injury whilst cutting trees.

The Department for Education has refused to publish a report which said England’s smallest schools cannot afford to provide free school meals, according to a former policy adviser.

Sainsbury’s and Tesco are recalling some of their canned pasta products as they may contain pieces of rubber. These products were all manufactured by Noliko N.V in Belgium.

Nutricia recalls its Paediatric Seravit Unflavoured due to increased levels of amino acids, minerals and fats

Nutricia is recalling a batch of its Paediatric Seravit Unflavoured due to increased levels of amino acids, minerals and fats. This is a product that is only available on prescription from pharmacies and hospitals.

German police have carried out a series of raids, targeting people suspected of posting hate content on social media.

Climate change could have a domino effect on key infrastructure in the UK, government advisers have warned.

The government has axed the Department of Energy and Climate Change (Decc) in a major departmental shake-up.

Solar Impulse has begun what should be its penultimate flight, leaving Seville in Spain bound for Cairo in Egypt.

CAIRO (Reuters) – An airplane powered by energy from the sun arrived on Wednesday in Egypt, the penultimate stop on the first fuel-free flight around the glob 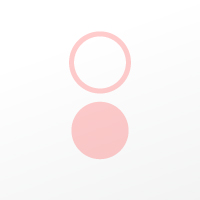 Some of the world’s largest telecoms companies have signed a 5G manifesto, aimed at driving forward the deployment of next-generation mobile networks.

Student financial support ‘not being evaluated’ by universities

Most UK universities do not assess how the millions of pounds of financial support they give students affects their progress, a report says.

Outdoor learning can have a positive impact on children’s development but it needs to be formally adopted, a report suggests.