A hacking group called PoodleCorp has claimed responsibility for the massive Pokemon Go outages over the weekend.

The United States can join a landmark case on the legality of cross-border data transfers, an Irish court ruled on Tuesday in a move that gives U.S. authorities a platform to defend their surveillance laws before the European Union’s top court

Telecoms operators in the European Union may be required to retain customer communications data as long as it is strictly necessary to fight serious crime and does not unduly interfere with privacy, an adviser to the top EU court said on Tuesday.

Windows 10 gathers an “excessive” amount of personal data on users, the French data authority has said in a formal notice.

Green Chemistry Is The Path To Chemical Safety

Lytham Foods recalls a variety of its Freshbite wraps

Lytham Foods is recalling a variety of its Freshbite Wraps because of concerns over the company procedures that are in place to control Clostridium botulinum.

A majority of parents in the UK believe social media harms their children’s moral development, a survey has suggested. 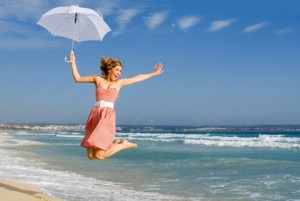 Paris Agreement Very Likely To Enter Into Force This Year

EU member states will be able to bank annual emissions savings from sectors such as agriculture and transport, and use them in later years to meet their climate targets, under EU legislation set to be put forward today (20 July).

UK construction firms have praised the release of a new common framework for reducing carbon emissions when delivering infrastructure projects, which could mark a “key step-change” in supply chain sustainability.

A car maker is radically increasing the amount of recycled materials used in its manufacturing thanks to a project supported by Innovate UK.

The launch of the Courtauld Commitment 2025, the development of a series of robust resource efficiency campaigns and the brokering of voluntary agreements across various sectors represent some of the key highlights in WRAP’s Annual Review.

A new legislative proposal from the European Union (EU) that creates binding targets for Member States to reduce emissions in the transport, buildings, agriculture, waste, land-use and forestry sectors will hinge on the ability to accelerate low-carbon technology and fuels in the automotive industry.

The average cost of everyday household goods and services went up by 0.5% in June.

A former energy minister has claimed “offshore wind in Scotland is pretty much dead” after a legal challenge against four major projects.

BT must ‘put its house in order’ – MPs

BT has been told it must invest more in the business responsible for most of the country’s broadband roll-out – or face the prospect of having the unit taken off its hands.

Four truck manufacturers have been fined a record €2.93bn (£2.46bn) by the European Union (EU) for colluding on prices and passing on the costs of emissions-reducing technology.

Thousands of holidaymakers who booked travel with Low Cost Holidays may get a refund of just £7.78 each, the BBC understands.

Sonar approved for use by the US Navy broke marine laws, a US appeals court has ruled.

ARM Holdings has been often described as the UK’s leading technology company. And while it might not be a household name, many products that qualify rely on the Cambridge company’s brainpower.

Britain will not begin its formal divorce from the European Union by invoking Article 50 of the Lisbon Treaty this year, a government lawyer told the High Court on Tuesday.