Here’s your Risk Digest for the Week Ending 5th August 2016.

Makers of the popular dating app Tinder have been accused of breaching EU rules by recording the personal data of its users without explicit consent.

Can companies ever keep our data safe?

Yahoo is investigating claims the hacker linked to “mega-breaches” at MySpace and LinkedIn has posted details of 200 million Yahoo accounts to a marketplace on the dark web.

US health insurer Banner Health has written to 3.7 million customers and healthcare providers to warn that their data may have been stolen, after a cyber-attack.

Athletes competing in the 2016 Olympic Games in Brazil have been warned by doctors, engineers, and scientists to keep their mouths shut while participating in activities in the water.

On Wednesday 6 July, the Food Standards Agency partnered with Neighbourly to host a cross industry round table event entitled ‘Addressing the challenges in food waste redistribution’ which was attended by over 50 industry leaders.

Clayton Park Bakery is recalling some of its sausage roll products because they may contain plastic. The presence of plastic makes these products unsafe to eat and presents a risk to health.

A number of supermarkets are recalling own-branded chilled yoghurt products, supplied by Yeo Valley, as they possibly contain pieces of rubber. This means the products are a possible risk to health.

Over the last 25 years, only Sweden has achieved bigger greenhouse gas emissions reduction levels than Scotland across Western Europe, the Scottish Government revealed on Sunday (31 July).

Plastic bag use plummets in England since 5p charge

Plastic bag use has plummeted in England since the introduction of a 5p charge last year, the government has said.

Video | ‘This is a shame!’ Filthy waters raise ire ahead of Rio Olympics

Finding bodies isn’t unusual. Often it’s an animal. About once a week, it’s a human. Decaying remains, fetid sewage and floating garbage in Rio de Janeiro’s waterways are fuelling worries about water safety ahead of the Olympics.

Energy efficiency would be cheaper than Hinkley

Installing energy efficiency could be £12 billion cheaper than the construction of the Hinkley Point C new nuclear power plant.

Misconceptions about how to reduce fuel costs is causing as much as £1bn in unnecessary fleet management costs per year and resulting in needless emissions for English business, according to new research.

Renewable energy sources are emerging as the dominant means of generating power and electricity in the UK, after annual Government energy statistics revealed that a quarter of all UK electricity was generated from renewables in 2015. 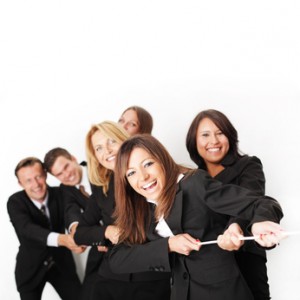 Some Welsh universities are planning to offer scholarships to refugees.

The 2016 Olympic Games officially start in Rio on Friday with the opening ceremony at the Maracana Stadium.

Rio Olympics: will Brazil be ready? Why so much of the world thinks it won’t.

When a new elevated bike path in Rio collapsed in April, hit by a fluke wave, the deaths of two people weren’t just seen as a tragedy. The collapse became an irresistible metaphor for the state of Olympic readiness in Brazil.

Every host nation has dealt with its own series of problems throughout the history of the Olympic Games. It seems, however, that Rio de Janeiro is having more than most.