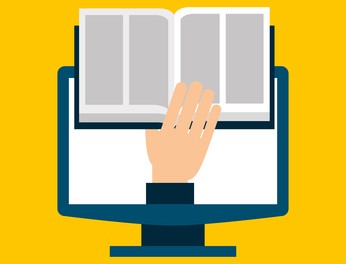 It could be said that UK businesses have long had a Love/Hate relationship with Europe.

Many believe the regulations and directives from the European Union have increased the overhead of operating a business in the UK, with the compliance burdens particularly restrictive for smaller companies.

While others have benefited from easy access to the European market for trade and collaborative opportunities; and the free movement of people allowing UK firms to attract top talent in to our industries.

Regardless of your viewpoint, the UK’s relationship with Europe is now changing and there are inherent risks involved that businesses should consider.

It’s confirmed that the UK will hold a referendum on 23rd June 2016, which will ask the UK population if they wish to remain in or leave the European Union (EU).

Commentators have previously cited uncertainty surrounding the referendum date as a negative influence on the economy, however unless your business is directly involved in the markets, it’s unlikely you have been too affected until now.

With the date set, we know that regardless of the result, there will be major changes in our relationship with Europe, but it’s very difficult to quantify that change in any meaningful way, with uncertainty surrounding the post-referendum agendas of both sides.

What Risks Can Be Considered?

In the absence of many ‘solid’ facts, it perhaps comes down to damage limitation for UK companies.

Just as your business continuity plan will allow for the emergency team to meet and assess the damage of a disruptive event; so too should the boards of UK businesses meet in the days following the referendum, tapping in to news sources, analysing the direction of travel and assessing risks to the organisation on a dynamic basis.

This may mean clearing the diaries of senior executive to allow them to regularly meet and review risks and opportunities that are emerging.

We can assume several areas that will be affected, as seen below.

Companies of all types benefit from a multi-national workforce, taking advantage of foreign talent emerging from British Universities or being attracted from overseas.

Likewise, the British Workforce has roamed in to Europe and beyond, with British companies enjoying presence across the world.

So without knowing the details, we can identify risks surrounding the talent and succession pipeline, due to the possibility that European citizens may find it more difficult to live and work in the UK in the future.

As discussed above, there is legislation originating from the EU that affects us, including the Data Protection Act and the recent Energy Savings Opportunity Scheme (ESOS).

While the legislation enacted within UK Parliament is likely to remain in the short term, some legislation could be repealed or replaced, which could create a significant overhead to businesses who will need to understand and implement any new requirements.

There will likely be benefits to UK businesses within any new legislation and firms should also be ready to take advantage of those opportunities.

If you are working with European customers, suppliers or partners the impact of the June decision on those relationships is also a risk that should be considered in advance, as far as possible.

Start engaging with those interested parties now to assure them that your relationships and agreements are resilient to change.

How Standards Can Help Organisational Resilience

Some say that we are in uncertain times, and the new risk-based approach to ISO standards has helped organisations to manage the challenges they face.

Business Continuity Management to ISO 22301 can bring a structured approach to the analysis, planning and testing of a company’s continuity strategy.

While British Standard BS 11000 is becoming more popular in the construction and rail industries as a framework for effectively managing collaborative relationships, drawing out benefits and identifying potential issues so they can be resolved by the parties.