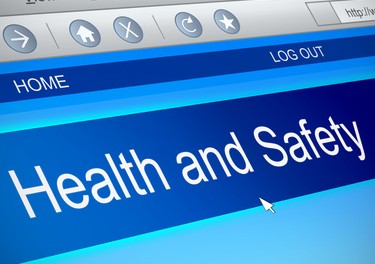 Fines are expected to be around £10 million for the most serious breaches of health and safety law for large companies in England and Wales, due to new sentencing guidelines come into play in February, one expert has stated.

Last week on the 3rd November 2015, the Sentancing Council published new guidelines for judges on Health and Safety, along with new guidelines on Corporate Manslaughter and Food Safety and Hygiene offences.

These guidelines have been long awaited and have been issued with the Response to Consultation and will come into play on February 1st 2016.

These will apply to companies who are sentenced on or after 1st February 2016, irrespective of the date of the offence committed.

There are a few steps that have been set out, that the sentencing court must go through in order to form a suitable fine.

The court have an obligation to focus on the organisation’s annual turnover or equivalent to reach a starting point for a fine. After that the court can reflect on further features of the offence or the offender that warrant adjustment of the sentence within the range, including aggravating and alleviating factors.

Credit for a guilty plea is taken into deliberation, however this is only after the appropriate sentence has been identified.

How tough are the new proposed fines likely to be?

Under these new guidelines, any large organisation that commits an offence with the highest vulnerability to harm (e.g. a fatal accident) and with high liability will see a sentencing range of £4.8 million – £20 million with a starting point of £7.5 million.

More information can be found here: