The alarm on Mitsubishi’s Outlander hybrid car can be turned off via security bugs in its on-board wi-fi, researchers have found.

Remote login software maker TeamViewer has beefed up its security controls after users reported their machines had been hacked via the program.

He might run the world’s biggest social networking site, but not even Mark Zuckerberg is immune to being hacked.

Security researchers have discovered a new virus targeting Russian bank customers using many of the techniques employed by notorious malware such as Zeus and Carbeep.

TeamViewer, which makes a popular remote-login software package, has said it will introduce new security features in response to a rash of reports of attackers using the platform to infiltrate users’ systems.

It has long been the most secretive of Britain’s intelligence agencies – but, lately, GCHQ has been tiptoeing ever so carefully out of the shadows.

Infosec 2016: Information Commissioner’s Office could be happy with data regulations like Australia or New Zealand enforce if Britain leaves the EU.

Most Labour MPs join the Conservatives to pass controversial surveillance legislation in Parliament. 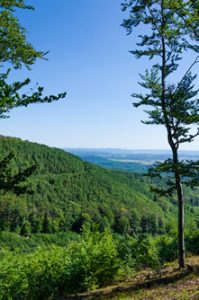 Why the Next Five Years Will Determine Our Clean Energy Future
Huffpost Green, 05/06/2016

Norway is so woke to deforestation, it’s the first nation to outlaw it.

Scientists think they have found a smart way to constrain carbon dioxide emissions – just turn them to stone.

This Bill Would Make It Harder To Breathe. The House Passed It, Of Course.

The House passed a bill on Wednesday that would delay the Environmental Protection Agency’s new ozone regulations for perhaps another decade — a move that could endanger the health of millions of Americans.

Women are nearly twice as likely to experience anxiety as men, a global review reveals.

CRISPR – get to know this acronym. It’s good to know the name of something that could change your future.

Professional Services company Assent has launched a new process using its Risk Assist Service Desk, to help customers keep up with management system tasks such as audits, reviews and tests.

When companies merge or acquire each other there are many challenges to over come to ensure a successful outcome for all involved.

There are organisational cultures to consider, efficiency of processes, how the customer base will react and so on.

Here are some things to think about from our experience…

The Food Standards Agency has today published its latest Annual Report of Food Incidents. It shows that in 2015, the FSA and Food Standards Scotland were notified of, investigated and managed 1,514 food, feed and environmental contamination incidents in the UK.

Concerns have been expressed over the quality of last month’s National 5 exam paper in computer science.

A City of Bristol College course has been described as “a shambles” by students who claim they have not received qualifications after the college lost their work.

A UK university is giving its female professors a one-off salary hike to wipe out the gender pay gap with their male colleagues.

Facebook users on Android devices are being notified that they will no longer be able to access messages without the Messenger app.

Australian food-ordering and ticket-selling apps, TV-streaming platforms and a car-sharing site temporarily stopped working because of problems at one of Amazon’s data centres.

Our team has been actively investing in fintech for the past two years. In addition to reading pitches from hundreds of companies and meeting with dozens, half of our team has worked in the finance sector in previous careers.

A woman from Cairns, Australia, used Siri to call an ambulance for her one-year-old daughter when she stopped breathing.

Drivers using a hands-free phone get just as distracted as those holding it in their hand, researchers have found.